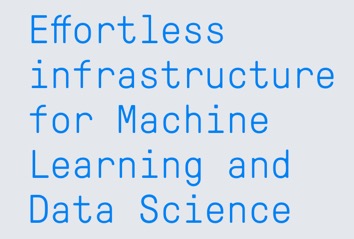 Dharmesh Thakker, a general partner with Battery Ventures sees Paperspace  as being in the right place at the time. As AI and machine learning take off, developers need a set of tools and GPU-fueled hardware to process it all. “Major silicon, systems and Web-scale computing providers need a cloud-based solution and software ‘glue’ to make deep learning truly consumable by data-driven organizations, and Paperspace is helping to provide that,” Thakker said in a statement.

Paperspace provides its own GPU-powered servers to help in this regard, but co-founder and CEO Dillon Erb says they aren’t trying to compete with the big cloud vendors. They offer more than a hardware solution to customers. Last spring, the company released Gradient, a serverless tool to make it easier to deploy and manage AI and machine learning workloads.

By making Gradient a serverless management tool, customers don’t have to think about the underlying infrastructure. Instead, Paperspace handles all of that for them providing the resources as needed. “We do a lot of GPU compute, but the big focus right now and really where the investors are buying into with this fundraise, is the idea that we are in a really unique position to build out a software layer and abstract a lot of that infrastructure away [for our customers],” Erb told TechCrunch.

He says that building some of the infrastructure was an important early step, but they aren’t trying to compete with the cloud vendors. They are trying to provide a set of tools to help developers build complex AI and machine learning/deep learning applications, whether it’s on their own infrastructure or on the mainstream cloud providers like Amazon, Google and Microsoft.

What’s more, they have moved beyond GPUs to support a range of powerful chips being developed to support AI and machine learning workloads. It’s probably one of the reasons that Intel joined as an investor in this round.

He says the funding is definitely a validation of something they set out to work on when they first started this in 2014 and launched out of Y Combinator in 2015. Back then he had to explain what a GPU was in his pitch decks. He doesn’t have to do that anymore, but there is still plenty of room to grow in this space.

“It’s really a greenfield opportunity, and we want to be the go-to platform that you can start building out into intelligent applications without thinking about infrastructure.” With $13 million in hand, it’s safe to say that they are on their way.