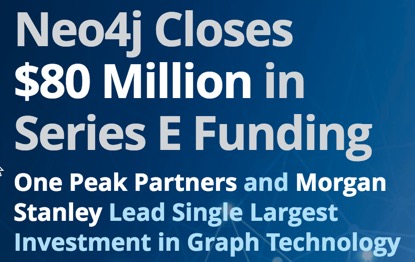 Graph databases — also known as graph-oriented databases — use graph structures for semantic queries, with nodes, edges, and properties representing and storing data. They’re a type of non-relational technology that depicts relationships connecting various entities — for instance, two people in a social network. And if the news out of graph database company Neo4j today is any indication, they’re a veritable cash cow.

Neo4j announced that it has raised $80 million in a Series E funding round led by One Peak Ventures and Morgan Stanley Expansion Capital, with participation from Creandum, Eight Roads, and Greenbridge Partners. The San Mateo firm has brought in $160 million to date — the largest cumulative investment in a graph database company, it claims — and now has over 200 employees across offices in San Francisco and Malmö, Sweden. 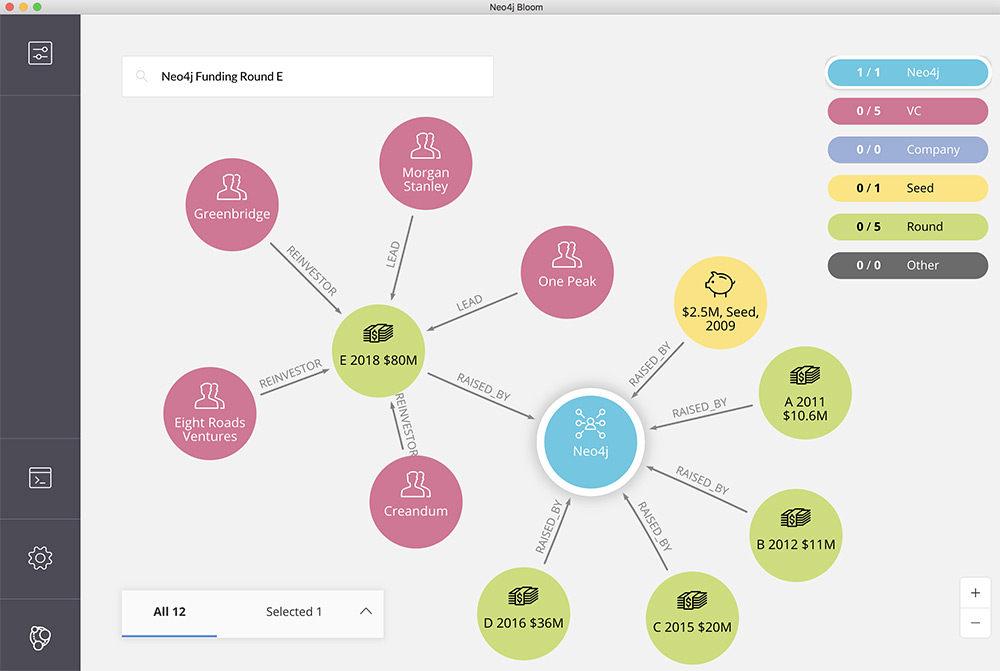 “I’m immensely proud of what Neo4j has achieved,” said Eifrem. “We have taken graph databases from an idea to a product and now to a platform that serves mission-critical needs at the world’s leading banks, telcos, retailers, technology companies, auto manufacturers, and logistics brands. This latest funding round will provide Neo4j with the resources to serve our new and existing customers with the best graph platform to harness connected data for AI.”

The company’s flagship product is the eponymous Neo4j, an open source, NoSQL native graph database written in Java and Scala. Its core features are Cypher, a declarative query language optimized for graphs; constant time traversals that can scale up to billions of nodes; a flexible property graph schema that adapts over time; and drivers for popular programming languages like JavaScript, .NET, Go, and Python.

It’s also compliant with ACID (atomicity, consistency, isolation, and durability), meaning it guarantees database transactions even in the event of power failures, errors, and other unforeseen bumps in the road.

So what’s it used for? Pretty much any application you can think of, including (but not limited to) identity and access management, knowledge graph augmentation, network and database infrastructure monitoring, risk reporting compliance, and social media graphs.

On the AI front, it supports high-performance graph queries on large datasets. When it comes to fraud detection and analysis, its nonlinear architecture makes it easier to detect rings of malicious activity, regardless of the depth of data. And for social networks, its first-class entity relationships expose type, direction, and a “virtually unlimited” number of properties, enabling developers to capture duration, quality, and degree-of-influence data.

Development on Neo4j began in 2003, and it’s been publicly available since 2007 in two editions: a free Community edition and an Enterprise edition, which adds hot backups, parallel graph algorithms, LDAP and active directory integration, multi-clustering, larger graphs, and more. In the intervening years, it has achieved a few pretty impressive milestones: more than 3 million downloads (and 50,000 downloads each month), over 300 enterprise subscription users, and the coveted title of the most widely used graph database in the world.

“Similar to how Oracle revolutionized the way organizations use data by innovating, scaling, and maturing relational databases, Neo4j is leading the way in how connected data drives next-generation business applications,” David Klein, cofounder and managing partner of One Peak Partners, said in a statement. “We see great potential for using graph data as a means for powering and enriching AI and other learning applications by providing context.

It came on the heels of a developer platform designed to help developers build graph-based applications, and it works with Spark, Hadoop, and other open source computation and analytics tools.

The graph database market is expected to grow from $821.8 million this year to $2.4 billion by 2023, according to MarketsandMarkets, driven by startups TigerGraph, MongoDB, Cambridge Semantics, DataStax, and others, in addition to incumbents like Microsoft and Oracle. Amazon threw its hat in the ring in November 2017 with the launch of Neptune, a fully managed graph database powered by its Amazon Web Services division.