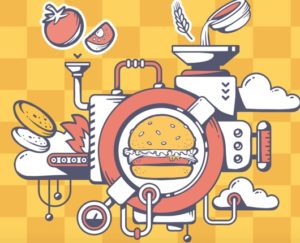 The food and beverage market is having a moment as venture capital money sloshes around looking for its high-potential startups.

Hillhouse Capital, the China-based investment fund that counts Airbnb,  Uber, Baidu, and Tencent and several other tech heavyweights in its portfolio, has set up a $100 million fund with San Francisco-based private equity firm VMG Partners. The new vehicle is targeting consumer brands with a global reach and “differentiated” offerings, such as organic food.

The pair has already put the capital to work, making its first offering at an undisclosed amount to Little Freddie, maker of EU-certified organic baby food. The four-year-old startup sells its products across China and the UK and is eyeing parents who “have become increasingly savvy about what they feed their children,” says Hillhouse’s partner Cao Wei in a statement.

With more than $50 billion under management, Hillhouse takes a long-term investing approach across a range of tech and traditional sectors like the pet market (paywalled). Its partner VMG is best known for funding granola bars maker KIND in 2008, when the latter was still a little-known business, and cashing out in 2014.