Quality assurance testing of mobile apps is anything but a walk in the park. Emulators — software engines that mimic the behavior of hardware — don’t consistently scale well. And with thousands of different handsets being made and sold by hundreds of manufacturers and carriers throughout the globe, thorough real-world testing would seem infeasible on its face.

HeadSpin begs to differ. The three-year-old Palo Alto startup, which uses artificial intelligence (AI) and a network of roughly 22,000 devices in 150 locations to enable wide-scale app analytics, today announced a $20 million Series B funding round led by Iconiq — an early investor in GitLab, Snowflake, and Pendo — with participation from Battery Ventures, EQT Ventures, and a number of individual investors. They join existing backers GV, Telstra Ventures, Danhua Capital, Nexus Ventures Partners, NextWorld Capital, and others.

The infusion of new cash will be used to grow the company’s engineering workforce and “address growing demands from customers around the world,” according to a statement provided to VentureBeat. 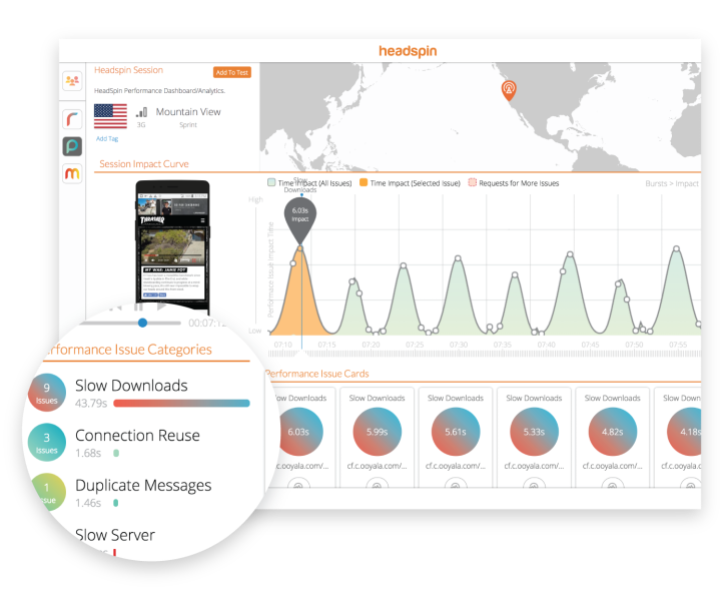 Above: The HeadSpin Performance Management dashboard.

HeadSpin counts tech giants like Tinder, DocuSign, Akamai, Telstra, and Dell among its clients and says it captures 60 percent of issues automatically and that its more than 1 billion users see an average 60 percent and 25 percent improvement in app reliability and user interface issues, respectively.

That might sound too good to be true, but Lachwani, who also serves as HeadSpin’s CEO, is no novice in this mobile industry. He was the principal architect of Amazon’s Kindle and helped develop the first Kindle OS, and Appurify — his first startup (which Google later acquired) — used hosted software to test automation with real devices.

They’re designed to work with business intelligence dashboards and bug tracking services like Jira and ServiceNow.

“HeadSpin [takes[ the guesswork out of what causes weak customer experience, such as why it takes 10 seconds for an app to load,” said Bryan Li, director of engineering at Tinder. “Before HeadSpin, it took a long time to find a root cause, and meanwhile, there was finger-pointing going on between carriers, app developers, and device manufacturers. But now we have a single version of truth and all partners can work together and solve performance problems more efficiently.” 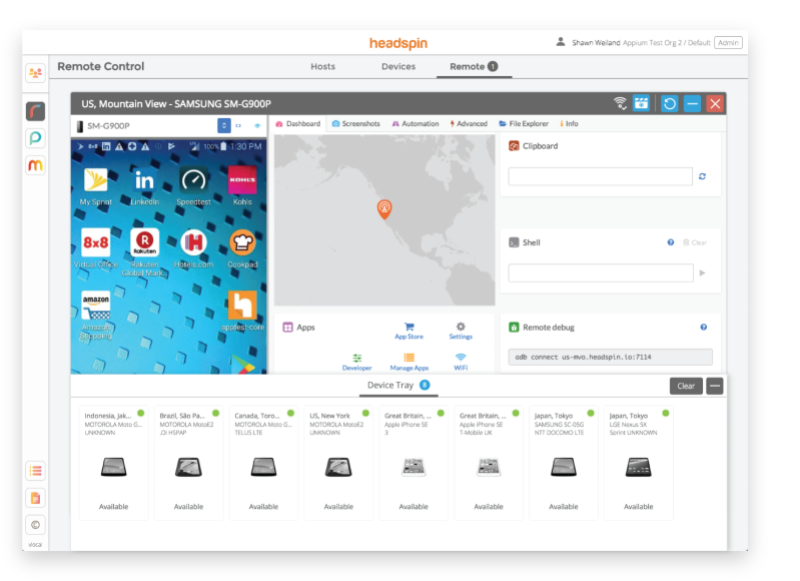 Above: Remote testing in HeadSpin.

But HeadSpin’s investors are confident it’s got a shot at the healthy cloud testing market, which is expected to grow to $10.24 billion by 2022.

“What HeadSpin has been able to achieve in its first three years is remarkable, and it has already attracted dozens of major clients across the mobile ecosystem,” said Will Griffith, founding partner at Iconiq. “The company is quickly becoming the new standard of record for all mobile ecosystem players going forward. It’s one of the fastest-scaling software companies we’ve seen.”