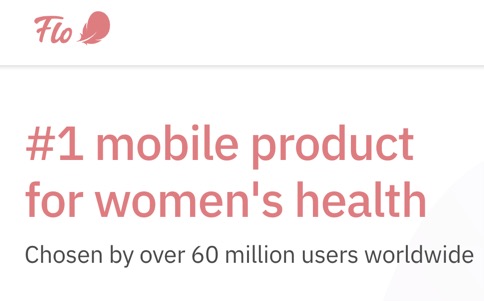 Flo Health, an AI-enabled women’s health platform, announced that it closed a $12 million Series A Extension funding round led by Mangrove Capital Partners, with participation from Flint Capital and Haxus. The company plans to use the new money for the startup’s next growth phase, as well as product improvement.

The Redwood City, California-based startup is focused on women’s health. It uses AI to personalize the platform and takes users’ age, health goals and physical condition  into consideration.

When the platform first launched in 2015 it focused specifically on predicting a user’s menstrual cycle. It now has tools for girls preparing for their first period as well as for women going through menopause.

Users can access a period and ovulation tracker, graphs about health and mood, daily health insights and birth control reminders. The tool also has a pregnancy and post-pregnancy mode that lets expecting and new moms see the development of their baby, according to the company. Flo also gives women trying to become pregnant tips on conceiving.

More and more women are turning to digital health products to track wellbeing and reproductive health. The company said the Flo system aims to help women improve period predictions. But aside from the tracking function, the platform’s AI capabilities are designed to detect symptoms of certain conditions and help users figure out when they should seek professional help, according to the company.

Flo Health has been gaining steam in recent years. In August of 2017 the company announced $5 million in Series A funding led by Flint Capital. This latest funding is an extension of that round. The company now boasts a $200 million valuation.

In general women’s health platforms are gaining in popularity. Notably, in March Fitbit launched a new feature that helps women track their menstrual cycles and symptoms. Fitbit officials said the product was born out of a demand by users.

“We see how Flo helps women of all ages transform their lifestyle, become healthier and happier. My wife is a keen user,” stated Andrew Gershfeld, company’s Board member and Partner at Flint Capital. “We believe Flo will continue to lead the innovation, science and user experience in the HealthTech domain. We are honored to continue supporting Flo team on this journey.”