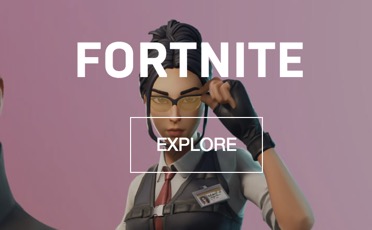 Thanks to LA Times:

Epic Games, the maker of the wildly popular online battle royal game “Fortnite,” announced Friday that it had raised $1.25 billion from a group that included several big-name sports team owners.

The financing comes as investment in e-sports and the video game industry continues to rise, with nearly $700 million pouring into e-sports businesses alone in just the first half of the year.

The Epic Games investment mostly came from a mix of large venture capital firms such as Kleiner Perkins and the late Paul Allen’s Vulcan Capital. But one name stood out: AXiomatic, an e-sports investment group that has a controlling stake in the L.A.-based Team Liquid e-sports franchise, and counts analog sports titans such as Peter Guber (co-owner of the Dodgers, the Los Angeles Football Club and the Golden State Warriors), Ted Leonsis (of the Washington Wizards and Capitals), Jeff Vinik (owner of the Tampa Bay Lightning) and as of Thursday, Michael Jordan (you know this one) among its major investors.

“We’re in the sports business, period,” Guber told The Times. “It’s rare that you have the chance to help shape an industry that represents a sea change in the larger enterprise of sports — we chose to be a part of it.”

In the last year, “Fortnite” has taken over a major share of the gaming industry. August saw 80 million players log into the game for at least one round, according to Epic. By June, 49% of the content on Twitch, the popular video platform with upward of 3 million streamers, was related to “Fortnite.”

Cary, N.C.-based Epic Games is also the creator of the Unreal Engine, a software development environment for video games that undergirds one of “Fortnite’s” main competitors in the battle royal category, “PlayerUnknown’s Battlegrounds.”

In both games, and similar titles, up to 100 players — typically split into teams — pick their characters and then parachute onto a battlefield. There they search for weapons and upgrades as the game map gradually shrinks, ultimately forcing the opposing sides into a small area for a final fight to the death.

“Fortnite” is on track to make more than $2 billion this year, and the game’s iOS version alone has grossed a total of $300 million since its launch in mid-March, according to mobile market research firm Sensor Tower.

The new round of investment did not affect the composition of the company’s board, where early investor Tencent, the Chinese tech conglomerate that owns 40% of the company, holds two seats.

And every one of those dollars comes from players making in-game purchases to upgrade their avatars with new costumes and animations, such as dance moves or dramatic poses. The game itself is free to play.

Team Liquid, which is run as a business independent of its major investor, AXiomatic, launched a “Fortnite” team in June to compete for a share of the views on Twitch and the $100 million in prize pools that Epic is staking for a series of “Fortnite” tournaments over the course of the year.

In an article published this week, before AXiomatic announced that it had raised an additional $26 million in a round including Michael Jordan and had made its major investment in Epic Games, Forbes reported that Team Liquid was the third-most valuable e-sports franchise in the world, with $17 million in revenue and a valuation of $200 million.

AXiomatic would not comment on the accuracy of those numbers, but Chief Executive Bruce Stein said that they represented e-sports’ potential.

“There are no firm metrics in a sport that is so early in its trajectory,” but e-sports should be considered an integral part of the growing video game industry, Stein said. “Sometimes when people look at the forecast for e-sports, they consider it an industry that will grow to maybe a billion dollars this year — but e-sports in our view is just a video game with an audience, and the video gaming industry, that’s a $130-billion industry.”

Forbes has valued the Dodgers at $3 billion, but as his team prepared to play their third game in the World Series, Guber said he believed that the e-sports market had the potential to catch up to real-life sports.