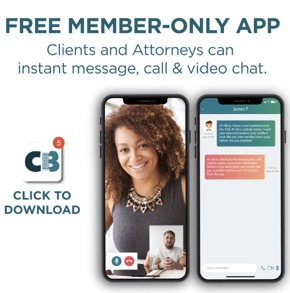 Thanks to Black Enterprise

Court Buddy, a San Francisco-based legal tech company that instantly matches solo lawyers on-demand for your a-la-carte legal services at flat rates based on your budget.

Their Series A round was led by NFX with other investors that included First Round Capital and Kapor Capital, as well as existing investors that followed on like LDR Ventures, Lightspeed’s LSS Fund, Gingerbread Capital, UpHonest Capital, L.A. Women Angels, Venture University. In addition to that, there were several angel investors, including Warner Bros. Vice President of Production Niija Kuykendall, and Silicon Valley veteran investor and former 500 Startups partner Monique Woodard.

According to the release, the company plans to use the new round of funding to ramp up growth in new markets and to hire top talent to support the company’s growth and expansion plans.

“Court Buddy’s goal is to be the market leader in innovative delivery and pricing of legal services,” CEO James Jones told Black Enterprise. “The new infusion of capital and access to additional resources from our world-renowned investors will undoubtedly help the company achieve this goal.”