A bit dated but worth a review – So far in 2017, 51% of the deals to connected enterprise security startups have been at the seed or series A stages, in line with last year. Overall, roughly 20% of deals have occurred in the middle stage, and around 25% in the late stages, a breakdown that has held consistent since 2013. 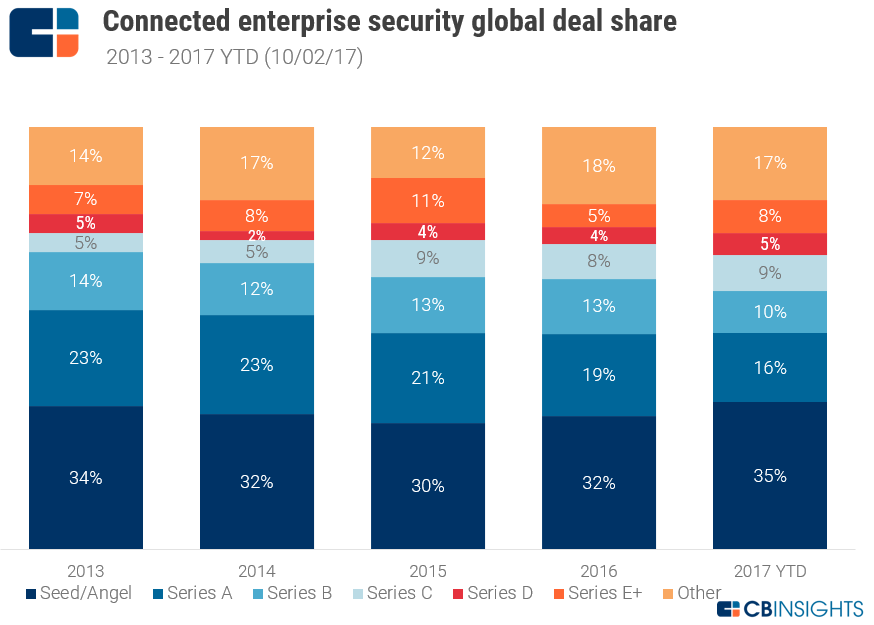